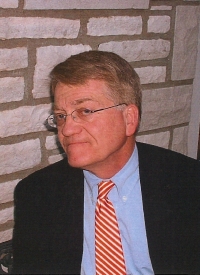 Before his appointment to the circuit court, Judge Wilson served as a trial attorney in the Department of Justice Honors Program in Washington, D.C., 1973 – 1978, and as assistant United States attorney for the Eastern District of Missouri, 1978 – 1989. He is active in the Boy Scouts of America, the Old Newsboy Day charity and the Saint Louis Hills Neighborhood Association. He also spends time mentoring Chinese and Japanese law students from Washington University School of Law in St. Louis.

Attorneys surveyed were asked to rate Judge Wilson on a scale of 1 to 5, with 1 representing “not at all” and 5 representing “completely.”

Judge Wilson received his highest scores for: treating people equally (4.47); allowing parties latitude to present their arguments (4.40); and understanding rules of procedure and evidence (4.46). Judge Wilson’s lower scores were for: weighing all evidence fairly and impartially before rendering a decision (4.25); stating reasons and consistently applying substantive law in rulings on dispositive motions (4.23); and effectively using pretrial procdure to narrow and define the issues (4.21).

The committee also reviewed an opinion that Judge Wilson wrote. His opinion appeared to exceed the minimal standards for legal writing.