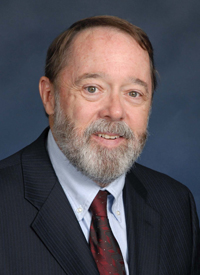 Judge John D. Warner was appointed as a circuit judge for the 21st Judicial Circuit in May 2012.  He received his Bachelor of Arts in English from the University of Missouri-St. Louis, and his law degree from Saint Louis University. Before being appointed as circuit judge, he practiced as a trial attorney for 30 years. Judge Warner’s initial assignment in 2012 was in the Civil/Criminal Trial Division, but since January 2013 he has served in the Family/Juvenile Court.

Attorneys who responded to survey questions rated Judge Warner on a scale of 1 to 5, with 1 representing “Strongly Disagree” and 5 representing “Strongly Agree.” Approximately 50 attorneys responded with respect to Judge Warner. He did not score lower than 4.37 in any of the 19 criteria considered. He scored greater than 4.70 in the following areas: listening carefully during the court proceedings; maintaining a professional demeanor in the courtroom; and addressing individuals respectfully in the courtroom. He also scored high: in adhering to the appropriate rules of procedure; making sure all parties understood the court proceedings; promptly rendering decisions; and carefully considering arguments from both sides before ruling (all above 4.63).  He scored 4.39 on issuing decisions that followed logically from the evidence presented, and 4.37 on issuing orders that were clearly written.

Due to the nature of his assignment, Judge Warner has no written judgments.