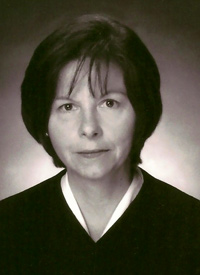 Judge Wallace has been a circuit judge since December 15, 1995. She became the first woman to serve as a presiding judge in the 21st Judicial Circuit in January 2001. Her judicial assignments since the last retention election have included civil court, family court and the equity jury trial division. She is on the statewide Circuit Court Budget Committee, which makes decisions on financial matters for all circuit courts. She is also on the Trial Judge Education Committee, which plans and presents all trial judge education in the state, and she has taught evidence at all the Judicial Colleges and New Judge Orientations for the last 10 years.

Attorneys were asked to rate each judge on a scale of 1 to 5, with 5 being the highest score. Over 500 attorneys responded with respect to Judge Wallace, and of the 18 criteria surveyed, the lowest score on any category Judge Wallace received was 4.56. The attorneys rated Judge Wallace as 4.61 or higher in 10 of 18 categories. Her highest scores included treating people equally (4.74), demonstrating appropriate demeanor on the bench (4.74), and maintaining proper order and decorum in the courtroom (4.73).

The committee also reviewed a “Findings of Fact, Conclusions of Law, and Judgment” written by Judge Wallace and found the ruling to be concise and consistent with the case law cited therein.