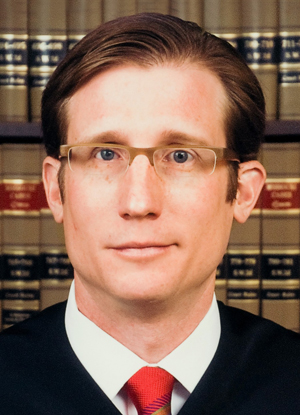 Circuit Judge W. Brent Powell was appointed to the 16th Judicial Circuit in Jackson County and took the oath of office Feb. 15, 2008.

Judge Powell is a native of Springfield, Missouri. He completed his undergraduate degree at William Jewell College, and received his J.D. from the University of Missouri School of Law in 1996.

Following law school, Judge Powell began his legal career at Lathrop & Gage in Kansas City, Missouri. In the fall of 1997, he took a position as an assistant prosecutor in the Platte County Prosecutor’s office. In 2001, he began working as an assistant United States attorney in the Kansas City office. During his tenure at the U.S. Attorney’s Office, he served as the chief of the General Crimes Unit and executive assistant United States attorney.