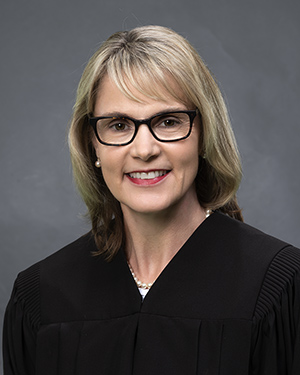 Judge Virginia W. Lay was appointed associate circuit judge in April 2019. She received her B.A., with honors in American studies from Columbia University in New York City and her law degree from Washington University School of Law in 1993.

Previously, Judge Lay served as an assistant circuit attorney in St. Louis. She was also an assistant prosecutor for Jackson County, Missouri, in Kansas City until 1999, after which she handled civil and criminal cases on behalf of the attorney general for the State of Missouri. She has served as an adjunct professor at Washington University School of Law, teaching civil pretrial through settlement. From 2012-2019, Judge Lay served as a special assistant circuit attorney, handling white-collar cases for the Missouri Division of Employment Security.