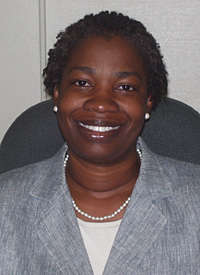 Judge Robin Ransom Vannoy was appointed circuit judge for the 22nd Judicial Circuit on September 11, 2008 and assumed a circuit judge docket in October 2008. Prior to serving on the circuit court, she served as a Family Court Commissioner from December 2002 until September 2008. After her appointment as a circuit judge, she was again assigned to the Family Court in January 2009. She is a graduate of Rutgers University in New Jersey with a B.A in political science and sociology, having graduated in 1988 and has her J.D. law degree from the University of Missouri in 1991.

Judge Vannoy is a member of the Memorial Baptist Church, where she served as Sunday School teacher from 1993 until 2007 and a church treasurer from 2005 until 2006. She is a past board member of the Wilson School from 2005 until 2009 and a volunteer mentor of the Big Brothers/Big Sisters Program from 2001 until 2005. She has appeared as a guest speaker for the One Heart Ministries to encourage individuals to adopt and, likewise, at the Hope for Kids conference for the same purpose. She was the recipient of The Clarence Darrow Award from St. Louis University School of Law in 2008.

Attorneys who responded to survey questions rated Judge Vannoy on a scale of 1 to 5, with 1 representing “not at all” and 5 representing “completely.”

She received her highest scores for: treating people equally regardless of race, gender, ethnicity, economic status or any other factor (4.61); displaying fairness and impartiality towards each side of the case (4.57); and demonstrating appropriate demeanor on the bench (4.54). Judge Vannoy’s lower scores were for: issuing timely opinions/decisions (3.78); and efficiently managing her docket (4.06).

The committee also reviewed survey responses submitted by jurors who were seated in jury trials before Judge Vannoy. Judge Vannoy received a unanimously favorable response from the jurors on questions relating to 10 separate criteria regardijng her conduct throughout the jury trials.

The committee also reviewed a written opinion submitted by Judge Vannoy on paternity, support and custody issues. While the issues involved were much more of the factual nature than complex legal issues, the opinion was well-written, logical and persuasive.