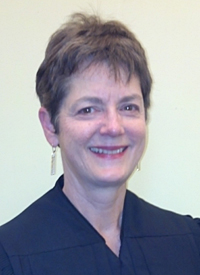 Judge Lisa S. Van Amburg was appointed to the Missouri Court of Appeals in 2012. She earned her Bachelor of Arts degree in political science from Washington University and her law degree from Saint Louis University.

Her activities in the legal community include membership in the Bar Association of Metropolitan St. Louis, the Lawyers Association of St. Louis, and the American Bar Association. She is an adjunct professor at the Washington University School of Law and an occasional lecturer and panelist at the Saint Louis University School of Law. She completed a New Appellate Judges course at New York University and an Advanced Appellate Judicial Skills course at the National Judicial College.

Judge Van Amburg received her highest scores for: being punctual for proceedings (4.48); being attentive to the arguments of all parties during oral argument (4.44); being attentive to the differing opinions of colleagues during oral argument (4.33); writing opinions that are clear (4.21)’ and writing opinions that adequately explain the basis of the court’s decision (4.20). Judge Van Amburg was not rated below a 4.00 in any category.

The committee also reviewed opinions written by Judge Van Amburg. Those opinions appeared to be in accordance with constitutional and statutory law. Her opinions, whether majority or dissenting opinions, describe in detail the legal basis for her opinions.