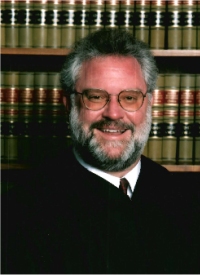 Judge Torrence was appointed to the Jackson County Circuit Court (16th Judicial Circuit) in 2001. He graduated from St. Louis University and from the University of Missouri-Kansas City School of Law in 1982.

Before his appointment to the court, Judge Torrence was in private practice in Kansas City. Prior to that, Judge Torrence served in the Jackson County Public Defenders Office from 1982-1988, where he was a trial team leader from 1985-1988.

Judge Torrence was evaluated by attorneys who appeared in court before him, and by jurors who served in trials over which he presided. Attorneys rated judges in 16 separate categories on a scale of 1 to 5, with 5 being the best rating. The attorney ratings for Judge Torrence included: 4.66 on competency in the law; 4.64 on maintaining and requiring proper order and decorum in the courtroom; 4.62 on treating people equally; 4.47 on demonstrating appropriate demeanor; 4.50 on allowing latitude to present arguments; and 4.71 on understanding rules of procedure.