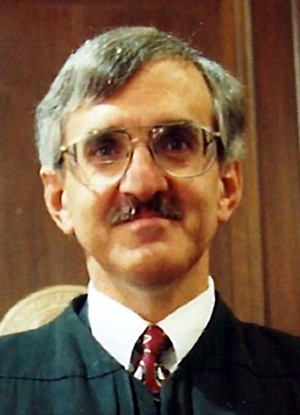 Judge Frawley was appointed circuit judge in September 1991 and retained in 1992, 1998, 2004 and 2010. Judge Frawley earned his B.A. from Hamilton College and his J.D. from the University of Missouri School of Law.