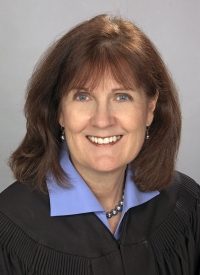 Judge Thea A. Sherry was appointed to the circuit court bench in 2011. Previously, she served as an associate circuit judge. Her judicial assignments since her last retention election include civil and criminal jury trials. She is currently the administrative judge of the family court.

Judge Sherry has been an adjunct professor at Washington University School of Law for 10 years and currently teaches evidence. Among other accolades, Judge Sherry chairs the Supreme Court of Missouri’s Juvenile Justice Advisory Board.

She has been an executive council member of the St. Louis County Domestic and Family Violence Council since 2000, and currently serves as chair. Judge Sherry is a member of the Church of St. Michael and St. George in Clayton.