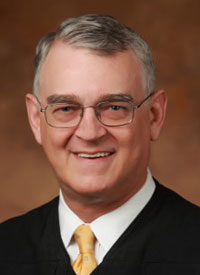 Judge Edward W. Sweeney was appointed an associate circuit judge for the 22nd Judicial Circuit in December 1997 and retained by the voters in 1998 and 2002. He was appointed a circuit judge in January 2005 and retained by the voters in 2006. He received a bachelor’s degree in political science from the University of Missouri-Columbia with a Bachelor of Arts degree and his law degree from the University of Missouri-Columbia with credits from the University of Notre Dame. He also received a master’s degree in business administration from St. Louis University. He served as a Missouri state legislator from 1975-1980 and in the U.S. Army in Vietnam.He served as a special judge to the Supreme Court of Missouri in September 2011. He was the criminal assignment division judge in 2006, equity division in 2007 and 2008, equity and civil motions division in 2009, and general trial division (civil and criminal) in 2010, 2011 and 2012. He has received certificates from the National Judicial College for Trial Judge Skills and Dispute Resolution Skills after completion of classroom lectures and group discussions. He has also been selected by the Supreme Court of Missouri to participate in the ASTAR (Advanced Science and Technology Adjudication Resource) Center trial judge training program. The ASTAR center is dedicated to education of judges in matters of complex science and technology.He is a member of Saint Joan of Arc Parish, and assists with the Ed Sweeney, Sr. Scholarship Fund.