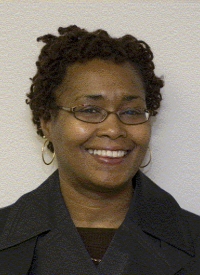 Judge Stovall-Reid was appointed to the 22nd Judicial Circuit Court as an associate circuit judge in 2003. She holds a bachelor of arts degree from Howard University and a juris doctorate from Washington University School of Law. She worked as in-house counsel for the St. Louis Housing Authority from 1997 through 2003. She also worked as a litigation associate for Peoples & Hale for two years and as a staff attorney for the Circuit Attorney’s Office for two years. She also worked as an assistant public defender in the City of St. Louis. Judge Stovall-Reid is a member of The Missouri Bar, the Women Lawyers’ Association of Greater St. Louis, and the Mound City Bar Association. She is an adjunct faculty member for the St. Louis Community College and a volunteer judge for Truancy Court. She is also a member of Imani AME Church and the board of advisors for the South City YMCA.

Attorneys surveyed were asked to rate Judge Stovall-Reid on a scale of 1 to 5, with one representing “not at all” and 5 representing “completely.

Judge Stovall-Reid received her highest scores for: maintaining and requiring proper order and decorum in the courtroom (3.77); treating people equally regardless of race, gender, ethnicity, economic status or any other factor (3.70); and demonstrating appropriate demeanor on the bench (3.65). Judge Stovall-Reid’s lower scores were for: being competent in the law (3.25); understanding rules of procedure and evidence (3.33); and rulings on dispositive motions stating reasons and consistently applying the substantive law (3.34).

The committee also reviewed an opinion written by Judge Stovall-Reid. Her ruling tended to be faithful to the Constitution, statutes, and case precedents.