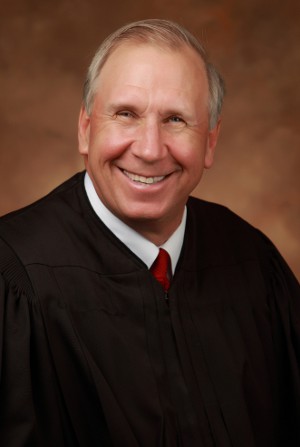 Judge Steven R. Ohmer was appointed as a circuit judge for the 22nd Judicial Circuit in August 2000. He graduated from Florida State University with a B.S. in economics and received his law degree from Creighton University.

Judge Ohmer is currently serving as administrative judge of family court. He was an associate circuit judge from 1994 to 2000. Prior to his work in the judiciary, he was an assistant circuit attorney.

Judge Ohmer is the current chair of the Supreme Court of Missouri Circuit Court Budget Committee, a member of the Supreme Court of Missouri Family Court Committee and member of the Bar Association of Metropolitan St. Louis’ Finance Committee and chair of their Golf Committee. From 2010 to 2017, he was involved in judicial evaluation for the Bureau of Indian Affairs for the Yakima, Stillaguama and Blackfeet tribes.

He is also a member of The Missouri Bar, the Illinois State Bar Association and the Lawyers Association of St. Louis.