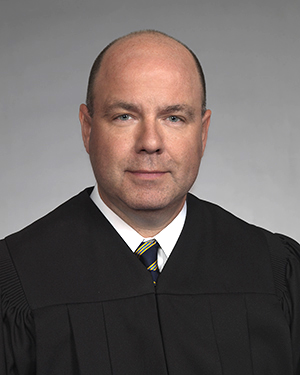 Judge Stanley J. Wallach was appointed to Division 12 of the 21st Judicial Circuit in 2016. In this role, his judicial assignments have included civil and criminal matters. He serves on the court’s committees on rules, diversity and inclusion, and community. He is also the judicial liaison for the court’s Public Speaker’s Bureau. Judge Wallach was previously a city attorney and prosecuting attorney in the City of Fenton. He earned a B.A. from Duke University and a J.D. from The University of Chicago.

Judge Wallach is a member of The Missouri Bar, the Bar Association of Metropolitan St. Louis, the St. Louis County Bar Association, the Lawyers Association of St. Louis and the State Bar of California. He is active as a Boy Scout assistant scoutmaster and merit badge counselor; law minister and lector for the Episcopal Church; trustee for The Nature Conservancy; and member of the Cystic Fibrosis Foundation Xtreme Hike Committee.