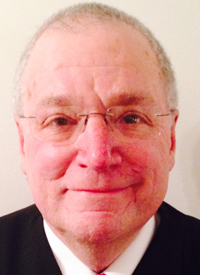 The Missouri Judicial Performance Appeals Panel finds and recommends that Judge Dennis N. Smith BE RETAINED for 2014 and that the voters should be so advised.

Judge Dennis N. Smith was appointed as an associate circuit judge for the 21st Judicial Circuit in November 1995. He graduated from Washington University with a Bachelor of Science degree and received his law degree from Duke University. He was the mayor of Ellisville and also previously served as a family court commissioner.

He received his highest scores for being prompt in rendering a decision (3.45), being prepared for court (3.41), starting courtroom proceedings on time (3.25), and issuing orders that were clearly written (3.24).

Judge Smith’s lowest scores were for: assisting parties in narrowing key issues in dispute (2.90); conducting the proceeding in a neutral manner (2.88); for decisions following logically from the evidence presented (2.81); and for considering arguments from both sides before ruling (2.79). The 21st Circuit Judicial Performance Evaluation Committee identifies these as areas of needed improvement.

The committee also reviewed two judgments entitled “Judgment of Modification of Decree of Dissolution” and a modification of a decree of dissolution, “Judgment,” written by Judge Smith and found the rulings were well-written, concise, and consistent with Missouri case law and statutes.

In reaching a recommendation, the 21st Circuit JPE Committee considered that Judge Smith’s attorney survey scores were among the lowest, as well as the categories in which his lowest and highest scores were registered. The committee also considered written comments contained in the attorney survey and heard personal commentary from attorneys who are experienced in practicing in Judge Smith’s court.

The judicial performance evaluation process is intended to evaluate judges based on their attainment of identified performance standards. The process is not intended to evaluate judges based on whether a particular judge’s evaluation scores were higher or lower than other judges. Ranking judges against each other is inconsistent with best practices from JPE model programs and is not supposed to occur in Missouri.[1] Yet, Judge Smith and two other St. Louis County associate circuit judges were given negative recommendations by the circuit committee because they were deemed to fall below a statistical range compared to the other nine St. Louis County judges evaluated in 2014. No other JPE evaluation committee in Missouri used this method.  The JPE committees for Jackson, Platte, Clay, and Greene counties, the City of St. Louis, and the appellate committee did not make negative recommendations for judges who were at the lower end of a statistical range compared to other judges.

Having considered the evidence and being fully advised, the Appeals Panel determines that Judge Dennis N. Smith should be given a “do retain” recommendation for 2014.

[1] On the advice of a nationally recognized JPE consultant, Missouri changed its evaluation methodology to discontinue rating judges on whether they were perceived to be “average” or above or below “average.”   If a judge meets the objective performance standards evaluated in the JPE process, he or she should be recommended for retention.  The JPE process does not use a bell curve or similar method under which judges at the lower end of the curve are presumed to fail.