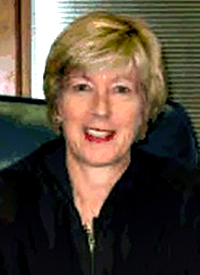 Judge Sheffield was appointed to the Missouri Court of Appeals in 2012. She graduated with a Bachelor of Arts degree from North Carolina State University and received her Juris Doctorate degree from the University of Miami. Before her appointment to the Missouri Court of Appeals for the Southern District, Judge Sheffield served as circuit judge for the 25th Judicial Court from 2004-2012 and as associate circuit judge in Phelps County from 1983-2004.

Judge Sheffield also has been active in her community, serving on various boards, including as a founding member of The Russell House for Abused Women and Children and Mid-Ozark CASA.

Judge Sheffield received her highest scores for: attentiveness to arguments of all parties during oral argument (4.75); engaging in collegial decision-making (4.5); and being punctual for proceedings (4.5).

The committee also had an opportunity to review opinions written by Judge Sheffield. Those opinions appear to be in accordance with constitutional and statutory law. It was noted in survey narratives that she was “…very thoughtful when writing opinions, taking the time necessary to make sure the law has been followed.” Her opinions provided a very logical flow of detail supporting the final decision.