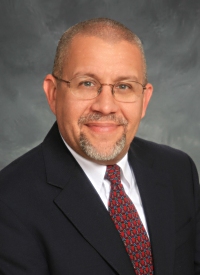 Before his appointment to the Missouri Court of Appeals, Judge Scott was in private law practice in Joplin with a general civil practice, while serving as an assistant county prosecutor and special prosecutor.

Judge Scott has been a member of the Board of Governors of The Missouri Bar and its executive committee, and was chairman of The Missouri Bar’s Young Lawyers’ Section. Judge Scott was also chairman of The Missouri Bar’s Special Committee on Professionalism and Ethics. He has served on the board of directors of the Interest on Lawyer Trust Accounts (IOLTA) , a non-profit entity which provides grants for law-related community projects. He was awarded the prestigious Lon Hocker Trial Lawyer Award (awarded each year to three outstanding attorneys under the age of 36) by the Missouri Bar Foundation, and was named a Distinguished Recent Graduate by the University of Missouri Law School.

Judge Scott is the founding director and secretary of the Ronald McDonald House of the Four States region. He has served as a member of the board of trustees of the Thomas Jefferson Independent Day School, and has been active in Big Brothers Big Sisters, the Joplin Daybreak Rotary Club and other charitable activities.

Judge Scott has received good ratings in all areas from the lawyers who have appeared before him.

Members of the committee who reviewed his decisions found that he produces a very large volume of high quality legal work. His opinions are very scholarly and do not gloss over difficult issues. Judge Scott is careful to discern intricacies in the law and explains his reasoning in great detail. His decisions are fair to both prosecutors and criminal defendants and to both plaintiffs and defendants in civil matters.