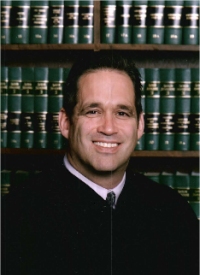 Before his appointment to the circuit court, Judge Schieber served as Family Court Commissioner of the Jackson County Circuit Court and assistant legal advisor in the Kansas City Police Department. He currently serves as an adjunct faculty member at both the Penn Valley and Longview Community Colleges. In addition, he has served as teacher, group leader, and facilitator for General Jurisdiction and Bench Skills Seminar for the National Judicial College. His community interests include volunteering at Operation Breakthrough, where he is a past board member.

Judge Schieber was evaluated by attorneys who appeared in court before him/her, and by jurors who served in trials over which he presided. Attorneys rated judges in 16 separate categories on a scale of 1 to 5, with 5 being the best rating. The attorney ratings for Judge Schieber included: 4.79 for treating people equally regardless of race, gender, ethnicity, economic status or any other factor; 4.79 for maintaining and requiring proper order and decorum in the courtroom; 4.74 for allowing parties latitude to present their arguments; 4.47 for rulings on dispositive motions stating reasons and consistently applying the substantive law; 4.52 for effectively using pretrial procedure to narrow and define the issues; 4.55 for basing his decisions on evidence and arguments.