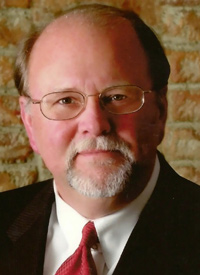 Judge Schaumann was appointed an associate circuit judge for the 22nd Judicial Circuit in 1994 and retained by the voters in 1996. He was appointed circuit judge in October 1997 and retained by the voters in 1998 and 2004. He graduated from Southeast Missouri State University in 1970 with a Bachelors of Arts degree in political science/history. He obtained his law degree from Saint Louis University School of Law in 1973. He served as a municipal judge for the City of St. Louis from 1981-1994. He was the legal officer for the juvenile court of the City of St. Louis from 1973-1975.

Attorneys who responded to survey questions rated Judge Schaumann on a scale of 1 to 5, with 1 representing “not at all” and 5 representing “completely.”

He received his highest scores for: demonstrating appropriate demeanor on the bench (4.79) and maintaining and requiring proper order and decorum in the courtroom (4.77). Judge Schaumann’s lower scores were for efficiently managing his docket (4.63) and giving reasons for his rulings (4.63).

The committee also reviewed survey responses submitted by jurors who were seated in jury trials before Judge Schaumann. Judge Schaumann received an almost unanimously favorable response from the jurors on questions relating to 10 separate criteria related to his conduct throughout the jury trials.

The committee has also reviewed a written opinion submitted by Judge Schaumann that dealt with numerous issues of criminal law pertaining to effective assistance of counsel, and found that the opinion was well-reasoned, clearly written, and faithful to the case precedents on the issues.

The committee performed an in-court observation of Judge Schaumann and found that he has control of his courtroom during proceedings. He shows respect for the litigants, witnesses, jurors, lawyers, and court staff. He knows the proper procedures to follow and moves the cases along.