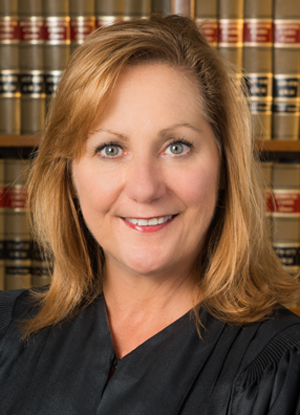 Judge Burnett has practiced law in Jackson County since 1987. She started her career as an associate with Morris & Larson and later Hillix, Brewer, Hoffhaus, Whittaker & Wright. In 1995, Judge Burnett began her own practice. Immediately prior to her appointment to the Probate Court, Judge Burnett served as respondent’s counsel for the mentally ill and adults who are alleged to be incompetent and incapacitated. Judge Burnett is a graduate of the University of Missouri-Kansas City School of Law. She earned her bachelors degrees in magazine journalism and political science from the University of Missouri-Columbia.