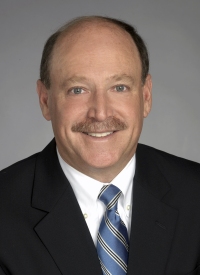 Judge Ross was appointed to the circuit court bench on January 3, 2000. He was previously the county counselor for the St. Louis County. He also served in the St. Louis County Prosecuting Attorney’s Office and was appointed special assistant attorney general and special assistant prosecution attorney for St. Charles County. Judge Ross received his BA degree and his law degree from Emory University.

Judge Ross is married and has two children. He is a member of the St. Louis County Domestic and Family Violence Counsel and friends of the Weinman Shelter.

Judge Ross received above average scores in all areas by attorneys who responded to the survey questions. Attorneys were asked to rank the judges on a scale of 1 to 5 (5 being the highest). In 13 of the 16 criteria surveyed, Judge Ross scored 4.50 or above. Judge Ross ranked highest in the areas of demonstrating appropriate demeanor on the bench, and maintaining and requiring proper order and decorum in the courtroom.

Jury surveys that were returned mirrored the attorney surveys.

The committee also reviewed a written opinion of Judge Ross which was clear, concise, well written, and consistent with the applicable law cited therein.

It is hard to describe any of his scores as weaknesses; however, his lowest score was in the area of not being affected by partisan considerations. However, this score was still 4.41 out of 5.