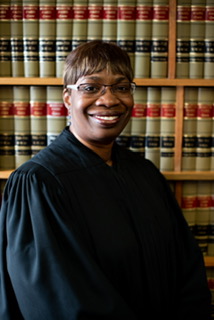 Judge Robin Ransom was appointed to the Missouri Court of Appeals Eastern District in January of 2019. Prior to this, she was a circuit judge with the 22nd Circuit in the City of St. Louis since 2008. She obtained her J.D. from University of Missouri-Columbia School of Law in 1991 after graduating with a bachelors from Douglass College-Rutgers University.

Judge Ransom is a member of The Missouri Bar, the Bar Association of Metropolitan St. Louis, the Commission on Racial and Ethnic Fairness and the Missouri State Foster Care and Adoption Board.