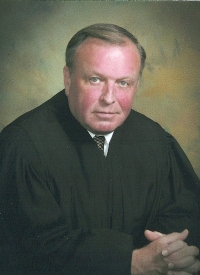 Attorneys surveyed were asked to rate Judge Riley on a scale of 1 to 5, with 1 representing “not at all” and 5 representing “completely.”

Judge Riley received his highest scores for demonstrating appropriate demeanor on the bench (4.67); treating people equally regardless of race, gender, ethnicity, economic status or any other factor (4.65); and allowing parties latitude to present their arguments (4.61). Judge Riley’s lower scores were for not being affected by partisan considerations (4.43), effectively using pretrial procedure to narrow and define the issues (4.45) and being prepared for hearings and trials (4.49).

The committee also reviewed an opinion written by Judge Riley. His ruling tended to be well-reasoned, clearly written, faithful to the Constitution, statutes, and case precedents, and generally understandable.