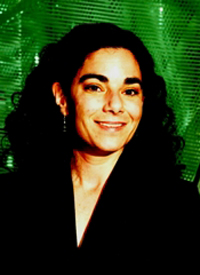 Judge Ellen H. Ribaudo was appointed as an associate circuit judge in July 2009.  She earned her undergraduate degree from the University of Dayton and law degree from St. Louis University School of Law, where she served as an adjunct professor of trial advocacy. Prior to taking the bench, Judge Ribaudo had extensive experience in criminal law, having practiced with the Missouri State Public Defender’s Office and in private practice. Judge Ribaudo is a member of the St. Louis County Bar, the Women Lawyers Association, the Bar Association of Metropolitan St. Louis and is an adjunct profession at the St. Louis University School of Law.

Her lower scores were for: decisions follow logically from the evidence presented (4.40); rulings cite the substantive law (4.40) and assisting parties in narrowing key issues in dispute (4.44).

Judge Ribaudo received unanimously favorable responses from five jurors who responded to a survey posingquestions relating to 10 separate criteria that evaluate her conduct throughout jury trials.

The committee also reviewed three opinions written by Judge Ribaudo and found the rulings to be very well-reasoned, concise and consistent with case law cited therein.