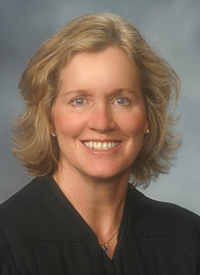 Judge Nancy Steffen Rahmeyer was appointed to the Missouri Court of Appeals in 2001.  She has served as chief judge and presiding judge for the Southern District. Prior to her appointment, Judge Rahmeyer served as a provisional municipal judge.

She is a member of The Missouri Bar, the Springfield Metropolitan Bar Association and the Joint Commission on Women in the Profession. She has served as chair for the Appellate Practice Committee, and served as commissioner for the Commission on Retirement, Removal and Discipline.