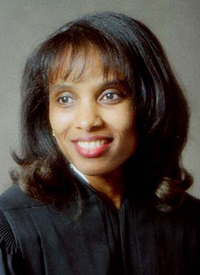 Judge Angela Turner Quigless was appointed to the Missouri Court of Appeals in 2012. She earned her Bachelor of Arts degree in sociology from the University of Missouri-Columbia and her law degree from Saint Louis University.

Judge Quigless’s community involvement includes serving on the Advisory Board of Sherwood Forest Camp and as a board member of the St. Louis Regional Advisory Council of the Missouri Department of Mental Health.