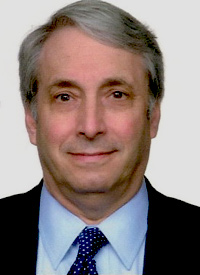 Judge Permuter has been an associate circuit judge since June 17, 2008. This is his first retention election. He has been assigned to a criminal misdemeanor docket.

He received his undergraduate degree from the University of Missouri-St. Louis and his law degree from Washington University. He is a member of The Missouri Bar and the St. Louis County Bar Association. He is also a member of the Supreme Court Rules Committee.

Attorneys were asked to rate the judges on 18 criteria on a 1 to 5 scale, with 5 being the highest. Approximately 175 attorneys responded as to Judge Permuter, and his rating in all but four categories was 4.21 or higher. His three highest ratings were for treating people fairly (4.40), maintaining order and decorum in the courtroom (4.40), efficiently managing his docket (4.36), and issuing timely rulings (4.39). His lowest ratings were for basing decisions on evidence and arguments (4.14) and for giving reasons for rulings (4.16).

Thirty-three (33) juror surveys were returned with responses concerning Judge Permuter. The juror surveys were answered “yes” or “no” on 10 separate criteria, with “yes” being a positive response and “no” being a negative response. Judge Permuter received 30 or more “yes” responses in all categories, with 32 of 33 answering “yes” in six of 10 categories.

The committee did not receive any written opinions from Judge Permuter.