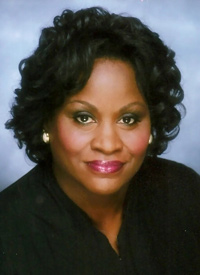 Judge Barbara Tina Peebles was appointed an associate circuit judge for the 22nd Judicial Circuit on September 15, 2000, and was retained by the voters in 2004. She graduated from Washington University in St. Louis with a B.A. degree in political science and French in May 1982, and obtained her law degree from The American University in Washington, D.C. in May 1986. Before her judicial appointment, she served as a Drug Court commissioner from December 1988 until September 2000; and assistant circuit attorney from July 1993 until December 1998; an assistant city counselor and paralegal assistant from September 1987 until June 1993; and as a law tntern in the district counsel’s office of the Internal Revenue Service in St. Louis.

She received the Janet Reno Award from the 22nd Judicial Circuit Court in recognition of extraordinary efforts in support of the mission of the drug court in 2003 and The Missouri Bar President’s Award for service as co-chair of the Law Camp Task Force in 1994-1995.

She is a member of St. Alphonsus Ligouri Rock Catholic Church; Kingsbury Square Neighborhood Association; the Rockwood School District; Partners in Education; the Mentor St. Louis Program 1997 and 1998 as a mentor to kindergarten, first grade and second grade students at Dunbar Elementary School;. the Operation Stand Down Homeless Veterans Project in 1994, 1995 and 1999; and the Sue Shear Institute For Women In Public Life.

Attorneys who responded to survey questions rated Judge Peebles on a scale of 1 to 5, with a 1 representing “not at all” and 5 representing “completely.”

She received her highest scores for: maintaining and requiring proper order and decorum in the court room (3.56); treating people equally regardless of race, gender, ethnicity, economic status or any other factor (3.42); and allowing parties latitude to present their arguments (3.38). Judge Peebles’ lower scores were for: efficiently managing her docket (2.77) and for being prepared for hearings and trials (2.82).

The committee also reviewed survey response submitted by jurors who were seated in jury trials before Judge Peebles. Judge Peebles received an almost unanimously favorable response from the jurors on the questions relating to 10 separate criteria related to her conduct throughout the jury trials.