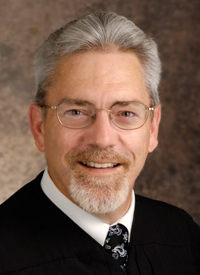 Judge Wilson received the Ray Marvin Award from the executive committee of the National Association of Attorneys General in 2002.

Attorneys who responded to survey questions rated Judge Wilson on a scale from 1 to 5, with 1 representing “Strongly Disagree” and 5 representing “Strongly Agree.” He received his highest marks for: punctuality (4.28); attentiveness to the arguments of all parties in oral argument (4.17); writing opinions that follow an applicable standard of review for the case (4.12); and attentiveness to the differing opinions of colleagues during oral argument (4.11).  Responders described Judge Wilson as diligent, thoughtful, intelligent, conscientious, fair and respectful.