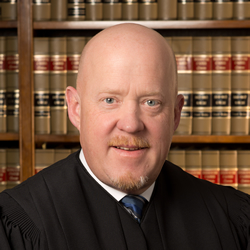 He is a member of The Missouri Bar, the Kansas Bar, the Kansas City Metropolitan Bar Association and the Association of Women Lawyers. In addition, he serves as chair of the Jackson County Circuit Court’s Commissioner Retention Committee and serves on both the executive and rules committees.