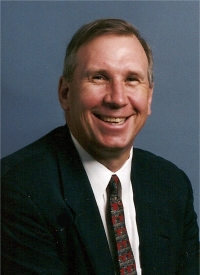 Judge Steven R. Ohmer was appointed as a circuit judge for the 22nd Judicial Circuit in August 2000. He graduated from Florida State University and received his law degree from the Creighton University.

Judge Ohmer has served in the general trial division of the 22nd Circuit Court, handling the criminal docket. Previously, he was an assistant circuit attorney for several years. He is a member of The Missouri Bar, the Illinois State Bar Association, the Bar Association of Metropolitan St. Louis, Lawyers Association of St. Louis, Missouri Supreme Court Family Court Committee,  and chair of the Missouri Supreme Court Circuit Court Budget Committee.

The committee reviewed survey responses submitted by attorneys who had trials before Judge Ohmer and rated Judge Ohmer on a scale of 1 to 5, with 1 representing “Strongly Disagree” and 5 representing “Strongly Agree.” Lawyers who responded to survey questions gave Judge Ohmer his highest scores for: addressing individuals respectfully in the courtroom (4.42); maintaining a professional demeanor in the courtroom (4.38); being prompt in rendering a decision (4.33); and listening carefully during the court proceeding (4.31).

The committee also reviewed written opinions by Judge Ohmer. His opinions were well reasoned with easy-to-follow explanations, competent in the law, and adhered closely to precedent as well as to constitutional and statutory law. The precedents were cited and clearly explained.

On June 20, 2014, the committee also observed Judge Ohmer in the courtroom, where he was straightforward and to the point. Judge Ohmer was handling a criminal docket. His interaction with defendants and attorneys was efficient, professional, and direct. He was thorough in his questioning of both sides and weighed all options prior to rendering a decision.