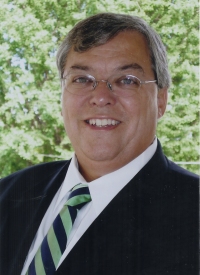 Before his appointment to the Missouri Court of Appeals for the Eastern District of Missouri, Judge Odenwald served as a St. Louis County councilman for 17 years. Judge Odenwald was in private practice for nearly 30 years before being appointed to the appellate court. Judge Odenwald has been an active community member, serving on various boards, including St. Louis’ ARC, Easter Seals, Character Plus and Friends of the German Culture Center.

On the attorney evaluations, Judge Odenwald scored highest in the categories of “treating parties equally regardless of race, sex, or economic status” and “being courteous toward attorneys.”

The committee has also had an opportunity to review opinions written by Judge Odenwald and they appear to be in accordance with constitutional and statutory law. His opinions set forth in detail the facts considered in reaching an opinion. As of the date of the upcoming election, Judge Odenwald will have served on the Court of Appeals for one year.