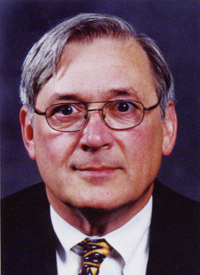 Judge Neill was appointed a circuit judge for the 22nd Judicial Circuit in 2002 and retained by the voters in 2004. He graduated from St. Louis University High School in St. Louis in 1967, received a Bachelor of Arts degree at St. Louis University in 1971 and his law degree from St. Louis University School of Law in 1974. He served as a legal advisor to the St. Louis Metropolitan Police Department for 11 years from 1975 to 1986. He then entered private practice from 1986 to 2002, where he represented clients before the state courts and federal district courts on both civil and criminal matters. While in private practice, he served as a hearing officer for the Civil Service Commission for the City of St. Louis, an arbitrator on labor cases, and was appointed mediator for federal civil rights cases by the United States District Court. He has also served as the lead panel attorney under the Criminal Justice Act Plan for the Eastern District of Missouri, where he was appointed to represent defendants in the United States District Court, develop continuing education programs for attorneys, and consult with the court regarding representation of indigent defendants. He also served as legal advisor for the Maryland Heights Police Department as well as city attorney and prosecuting attorney for the City of Bella Villa and the Village of Riverview.

He has served as president of Parish Councils at St. Luke the Evangelist Parish and Our Lady of Lourdes Parish. He remains active with the St. Vincent DePaul Society, Habitat for Humanity, Backstoppers and the Charitable Society for Children.

The committee reviewed survey responses from attorneys who rated Judge Neill on a scale of 1 to 5 with “1” representing “not at all” and “5” representing “completely” to each of 18 separate questions dealing with all aspects of judicial performance. Judge Neill received average rating scores above 4 on all questions, with his highest average rating scores of 4.57 for maintaining proper order and decorum in the courtroom and 4.55 for allowing parties latitude to present their arguments. His lower average rating scores were 4.27 for not being affected by partisan considerations and 4.33 for weighing evidence fairly and impartially before rendering a decision.

The committee also reviewed survey responses submitted by jurors who were seated in jury trials before Judge Neill. Judge Neill received an almost unanimously favorable response from the jurors on questions relating to 10 separate criteria for his conduct throughout the jury trials.

The committee has also reviewed a written opinion submitted by Judge Neill which dealt with numerous issues of state and federal law and found that the opinion was well-reasoned, clearly written and faithful to the state and federal case precedents and the Missouri Constitution, and that he exercised his judicial discretion in an appropriate manner.