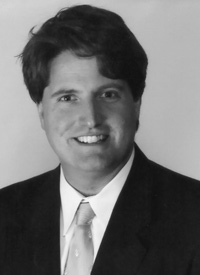 Judge Mullen has served on preliminary hearings in the 25th division, on civil jury trials in the 29th division, in the 27th division on a civil assignment with small claims, and currently is working general trials in division 2.

He is a member of the Bar Association of Metropolitan St. Louis, the Lawyers Association, and St. Gabriel Catholic Church.

Attorneys who responded to survey questions rated Judge Mullen on a scale of 1 to 5, with 1 representing “not at all” and 5 representing “completely.” He received his highest scores for: demonstrating appropriate demeanor on the bench (4.72); for maintaining and requiring proper order and decorum in his courtroom (4.72); for treating people equally regardless of their race, gender, ethnicity, economic status, or any other factor (4.70); and for allowing parties latitude to present their arguments (4.69). Judge Mullen’s lower scores were for: the clarity of his written opinions and order (4.51); for effectively usage of pretrial procedure to narrow and define the issues (4.53); for rulings on dispositive motions stating reasons and consistently applying the substantive law (4.53); and for giving reasons for rulings (4.53).

The committee also reviewed survey responses submitted by jurors who were seated in jury trials before Judge Mullen. Judge Mullen never received an approval rating below 96 percent on any of the 10 categories on which he was rated regarding his conduct throughout the jury trials.

The committee also reviewed written opinions that Judge Mullen wrote. While his opinions were not always easy to follow, they were well-reasoned, with explanations that were competent in the law, and adhered closely to precedent as well as to constitutional and statutory law.