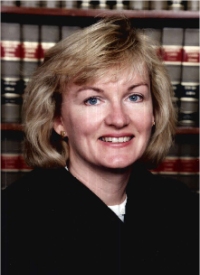 Judge Moorhouse was evaluated by attorneys who appeared in court before her, and by jurors who served in trials over which she presided. Attorneys rated judges in 16 separate categories on a scale of 1 to 5, with 5 being the best rating. The attorney ratings for Judge Moorhouse included: 4.49 on treating people equally; 4.45 on maintaining and requiring proper order and decorum in the courtroom; 4.42 on demonstrating appropriate demeanor; 3.75 on effectively using pretrial procedure; 3.79 on rulings on dispositive motions; and 3.83 on being prepared for hearings and trials.