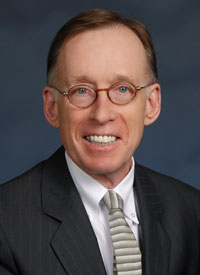 Attorneys who responded to The Missouri Bar’s 2012 Appellate Court Evaluation Survey rated Judge Mooney on a scale of 1 to 5 on 10 judicial qualities, with 1 representing “not at all” and 5 representing “completely.” Judge Mooney scored highest for issuing his opinions in a timely manner (4.41), for treating parties equally regardless of race, sex, or economic status (4.37), and for writing opinions that are clear (4.37). Judge Mooney was not rated lower than 4.0 is any category.