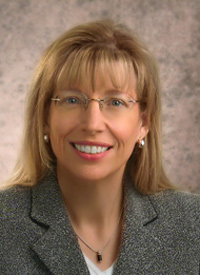 Judge Karen Mitchell was appointed to the Missouri Court of Appeals for the Western District in July 2009. Prior to the appointment, Mitchell was director of the Missouri Department of Revenue from January of 2009. Previous to that position, Judge Mitchell served as Chief Deputy Attorney General for 10 years.

Attorneys who responded to survey questions rated Judge Mitchell on a scale of 1 to 5, with 1 representing “not at all” and 5 representing “completely.”

Judge Mitchell received her highest scores for: being courteous toward attorneys (4.43); treating parties equally regardless of race, sex or economic status (4.43); and being fair and impartial toward each side of the case (4.37). Judge Mitchell was not rated below a 4.00 in any category.

The committee has also had an opportunity to review opinions written by Judge Mitchell. The opinions are written with clarity, carefully laying out the background facts of the case in question. Judge Mitchell then addresses the pertinent legal principles involved, providing a fair and balanced acknowledgement of both sides of the argument, and then concludes her written opinion with a clear and concise ruling.