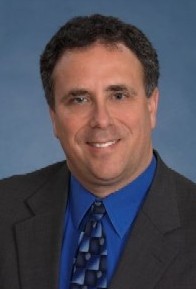 Judge Michael D. Burton was appointed circuit judge in 2004. He was previously an associate circuit judge. Judge Burton received a B.A. in government from the University of Notre Dame and a J.D. from Washington University School of Law.

He has served as an adjunct professor of law at Washington University School of Law and the Saint Louis University School of Law, as well as an instructor in the Judicial College and for the National Judicial Institute on Domestic Violence and the National Council of Juvenile Family Court Judges. Judge Burton has authored a chapter in The Missouri Bar Family Law deskbook.

He served as the president of Join Hands ESL Company, Inc. (formerly known as Project Kids), co-founder and president of The Boys Club, and founder and co-director of the Teen Mentoring Program. Judge Burton has also been the chairman of the St. Louis County Domestic and Sexual Violence Council and established the St. Louis County Domestic Violence Court. He has volunteered with Big Brothers/Big Sisters of Missouri, the Truancy Court of St. Louis County, and the Ferguson and Florissant school districts. In addition, he has served as a co-director and team member of the Mary Queen of Peace ACTS Retreat.