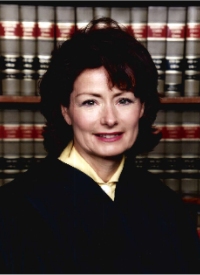 Judge McGraw was appointed to the 16th Circuit Court in 2006. She obtained a bachelor’s degree with honors in economics and a juris doctor degree from the University of Missouri-Columbia.

Before her appointment to the court, Judge McGraw served as circuit judge starting in 2001 and as an associate circuit judge in Jackson County from 1995-2001. She served as the clerk of the Missouri Court of Appeals-Western District from 1979-1995. She is a past president of the National Conference of Appellate Court Clerks.

Judge McGraw was evaluated by attorneys who appeared in court before her, and by jurors who served in trials over which she presided. Attorneys rated judges in 16 separate categories on a scale of 1 to 5, with 5 being the best rating. The attorney ratings for Judge McGraw included: 4.68 for demonstrating appropriate demeanor on the bench; 4.62 for maintaining and requiring proper order and decorum in the courtroom and treating people equally regardless of race, gender, ethnicity, economic status or any other factor; 4.25 for effectively using pretrial procedure to narrow and define the issues; 4.24 for clearly written opinions and orders; and 4.24 because her rulings on dispositive motions state reasons and consistently apply the substantive law.