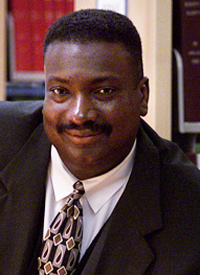 Judge Mason was appointed as a circuit judge for the 22nd Judicial Circuit on August 19, 1991. Judge Mason has appeared on the ballot for retention and has been retained in 1992, 1998 and 2004. Judge Mason serves in a general trial division, presiding over criminal and civil cases. He received a Bachelor of Science degree in 1980 from Austin Peay State University in Clarksville, Tennessee. He received his Juris Doctorate in 1983 from Washington University School of Law. Before appointment to the bench, Judge Mason was an Assistant Attorney General from September 1983 to March 1985 and general counsel to the Missouri Department of Corrections from April 1985 to November of 1988. He has served on the St. Louis Regional Convention and Sports Complex Authority from June 1990 to August 1991 and as a commissioner for the St. Louis Affordable Housing Commission from March of 2009 to present.

Judge Mason has been an adjunct professor at Washington University School of Law since 1988, teaching trial advocacy. In addition to his work at Washington University School of Law, he is the lead trainer for the Land of Lincoln Legal Service Foundation in East St. Louis and a member of the faculty of the Benjamin Cardoza School of Law intensive trial advocacy program in New York, New York. He is a member of the American Law Institute and has an honorary membership in the American Board of Trial Advocates.

Attorneys who responded to survey questions rated Judge Mason on a scale of 1 to 5, with 1 representing “not at all” and 5 representing “completely.” He received his highest scores for: treating people equally regardless of race, gender, ethnicity, economic status or other factor (3.55); maintains and requires proper order and decorum in courtroom (3.32); and gives reasons for rulings (3.25). Judge Mason’s lower scores were for: efficiently managing his docket (2.68); being prepared for hearings and trials (2.83); and issuing timely opinions/decisions (2.85).

The committee also reviewed survey responses submitted by jurors who were seated in jury trials before Judge Mason. Judge Mason received an almost unanimously favorable response from the jurors on questions relating to 10 separate criteria related to his conduct throughout the jury trials.

The committee also reviewed a writing sample prepared by Judge Mason. His opinion appeared to exceed the standards for legal writing.