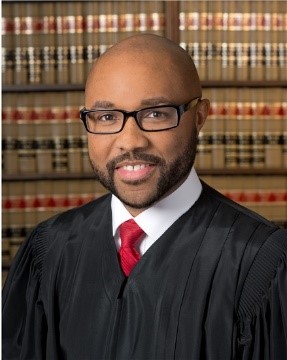 Judge Mark Styles Jr. was appointed in July 2016 as judge of Division 19 of the Jackson County Circuit Court. Judge Styles was first appointed to the bench as deputy probate commissioner in 2014. At the time of his initial appointment, Judge Styles was a senior associate attorney with the Hardwick Law Firm and had previously practiced in the public administrator’s office of Jackson County.

Judge Styles received his J.D. from Thurgood Marshall School of Law at Texas Southern University and a B.S. in Finance from the University of Missouri-Columbia.