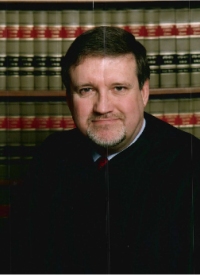 Judge Manners was appointed to the Jackson County Circuit Court (16th Judicial Circuit) in 2000. He graduated from Central Missouri State University and from the University of Missouri-Kansas City School of Law in 1978.

Before his appointment to the court, Judge Manners served in private practice in Independence, and was the city prosecutor in Smithville. Judge Manners has also served in a number of professional organizations. He was president of the Eastern Jackson County Bar Association, the Missouri Association of Trial Attorneys, and the Jackson County Law Library. He was also a member of the executive committee of the Kansas City Metropolitan Bar Association and the Missouri Supreme Court Rules Committee.

Judge Manners was evaluated by attorneys who appeared in court before him. Attorneys rated judges in 16 separate categories on a scale of 1 to 5, with 5 being the best rating. The attorney ratings for Judge Manners included: 4.68 for being prepared for hearings and trials; 4.60 for maintaining and requiring proper order and decorum; 4.60 on understanding of the rules of procedure and evidence; 4.20 on weighing all evidence fairly and impartially before making a decision; 4.17 on displaying fairness and impartiality; and 4.13 on not being affected by partisan consideration.