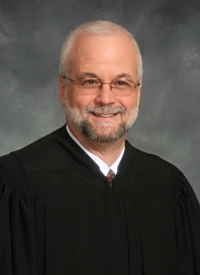 Before his appointment to the Court of Appeals, Judge Lynch was in private practice in Bolivar before being elected as associate circuit judge of Polk County. He also served as director of Polk County R-1 School District. His community interests include past member and president of the Bolivar Rotary Club, member and past president of the Bolivar Area Community Concert Association, and board member of Partnership Missions International, Inc. He has been active in the First Baptist Church of Bolivar, serving as a member, deacon, Sunday School teacher and choir member.

The committee reviewed the attorney surveys and cases decided by Judge Lynch.

Members of the committee who reviewed his opinions found they were well-reasoned, clearly-written and founded on precedent. The committee also found his opinions provided rational interpretation of statutory law and adhered to the law as written. His opinions appear to reflect a fair, evenhanded and objective treatment of the principles and parties.