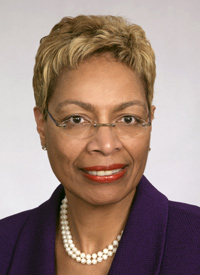 Attorneys were asked to rate each judge on a scale of 1 to 5, with 5 being the highest score. Approximately 270 attorneys responded with respect to Judge Loftin. Judge Loftin’s highest scores were: 3.59 for treating people equally; 3.47 for maintaining proper order and decorum in the court room; and 3.33 for demonstrating appropriate demeanor on the bench. Her lowest scores were: 2.50 for competency in the law; 2.58 for understanding rules of procedure and evidence; and 2.65 for rulings on dispositive motions stating reasons and consistently applying substantive law. The committee believes any score below a 3.0 indicates a need for improvement.

The committee also reviewed a judgment written by Judge Loftin in a civil case. The facts and the law were clearly explained and the judgment was consistent with the case law stated.