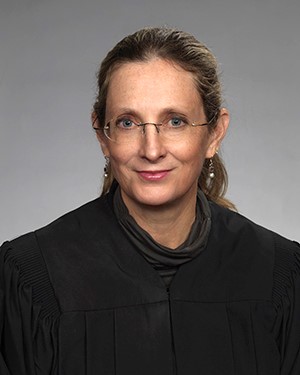 Judge Kristine A. Kerr was appointed to the circuit court bench in 2012. She received a B.A. in economics from the Brown University in 1982, and her law degree from Boston University in 1985. She served as family court commissioner from 2004 to 2012.

Judge Kerr is the chair of the Technology Committee, St. Louis County Circuit Court. She was also elected a judicial fellow in the Advanced Science and Technology Adjudication Resource Center, Washington, D.C., in 2009. In addition, she completed 23 hours of mediation training through the University of Missouri’s Center for the Study of Dispute Resolution in 2019.