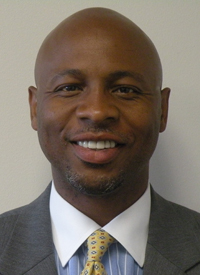 Judge Kevin D. Harrell was appointed to the bench in August 2012. He received a bachelor’s degree in criminal justice from the University of Missouri-Kansas City. He received his law degree from UMKC, as well.

Prior to his service on the bench, Judge Harrell served as the chief deputy prosecuting attorney for the Jackson County Prosecutor’s Office. Since his last retention election, he has served as a criminal administrative judge.

Judge Harrell is a member of the Jackson County Bar Association and the Kansas City Metropolitan Bar Association. He has also served as a mock trial judge for UMKC.