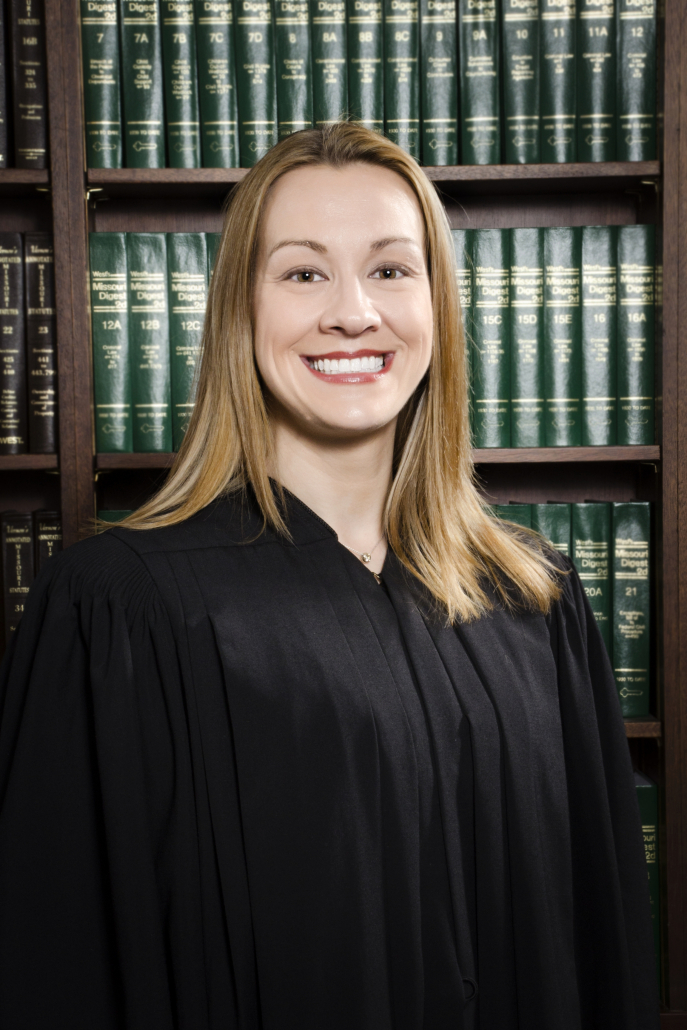 Judge Karen Krauser was appointed associate circuit judge in 2012 and has been assigned to criminal, landlord tenant, small claims, Director of Revenue and special cases. She received her Bachelor of Arts degree from Park College (now Park University) and her Juris Doctorate degree from the University of Missouri-Kansas City School of Law. She has served as municipal judge for the cities of Excelsior Springs and Platte Woods.

She has been actively involved in the continuing legal education program for the bar associations in which she is a member. She has been appointed by the Chief Justice of the Missouri Supreme Court to serve on the Municipal Judicial Education Committee, the purpose of which is to educate newly elected or appointed municipal judges, and the Committee on Practice and Procedure in Municipal Division Cases, which is tasked with the Bill of Rights for Litigants, bench cards and minimum operating standards creation. Judge Krauser received the Women’s Justice Award for Public Official in 2017.