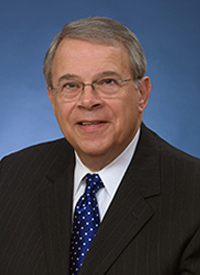 Judge Prebil has been a circuit judge since June 30, 2009. His judicial assignments since the last retention election have included civil/equity to December 31, 2009 and Family Court from January 1, 2010 to present.

Attorneys were asked to rate the judges on 18 criteria on a 1 to 5 scale, with 5 being the highest. Approximately 168 attorneys responded with respect to Judge Prebil. His three highest ratings were for treating people fairly (4.64), allowing parties to present their agreements (4.58), and demonstrates appropriate demeanor on the beach (4.58). His lowest ratings were for bases decisions on evidence and arguments (4.39), giving reasons for rulings (4.32) and rulings on motions & consistently applying the substantive law (4.30).

Thirteen (13) juror surveys were returned with responses concerning Judge Prebil. The juror surveys were answered with “yes” or “no” on 10 separate criteria, with “yes” being a positive response and “no” being a negative response. The jurors could also respond with a “no opinion.” Judge Prebil received “yes” responses from all the jurors in all criteria except one, treating people equally. He received 11 “yes” responses and two “no opinions.”

The committee also reviewed opinions written by Judge Prebil and found the rulings to be concise and consistent with the case law cited therein.