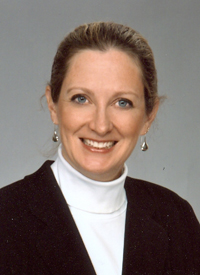 Judge Kristine A. Kerr was appointed to the circuit court bench on February 24, 2012.  On January 1, 2014, she was assigned to Family Court, handling a domestic docket.  On May 1, 2014, she a began circuit judge assignment in Division 14, civil/criminal dockets,

Attorneys were asked to rate each judge in 19 categories on a scale of 1 to 5, with 5 being the highest score. Approximately 136 attorneys responded as to Judge Kerr.  Her range of scores were from 3.94 to 4.64. Judge Kerr’s highest scores came in: addressing individuals (e.g., attorneys, court staff, litigants, public, and witnesses) respectfully in the courtroom (4.64); allowing the appropriate amount of time for each case (4.46); and making sure all parties (attorneys and clients) understand proceedings (4.45). Her lowest scores on the attorney surveys were for: assisting parties in narrowing key issues in disputes (4.0); making logical decisions from evidence presented (3.94); and issuing a clearly written order (4.10).

Judge Kerr received the highest ratings possible from three of the four trial court staff surveys received. These surveys stated that Judge Kerr is admired for how fair she is, and that she goes out of her way to translate different criminal, civil and domestic legal issues to witnesses and lawyers.

Fifty-seven (57) juror surveys were returned with responses concerning Judge Kerr.  The juror surveys were answered “yes” or “no” on 10 separate criteria, with “yes” being a positive response and “no” being a negative response. All but one of the 57 jurors responded “yes” for all 10 criteria, with one juror answering “yes” for 8 of 10 criteria.  Several jurors added written comments that were decidedly favorable.

The committee also reviewed three judgments submitted by Judge Kerr. The facts and law were explained well in each of these writings, and the rulings were consistent with the cited statutes and case law.