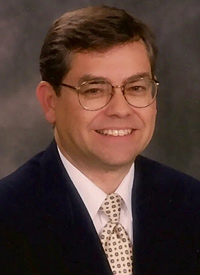 Judge Barney was appointed to the Missouri Court of Appeals for the Southern District in 1995. The voters retained Judge Barney in office at the November 1998 general election.

Judge Barney earned a B.S. degree in education from Southeast Missouri State University and a Juris Doctor degree from the George Washington University and National Law Center in Washington, D.C.

Prior to his appointment to the Court of Appeals, Judge Barney was elected three times to the Missouri General Assembly, representing a district centered in Stoddard County. He then served as an associate circuit judge in Stoddard County for eight years. He had previously served for three years in the U.S. Diplomatic Corps of the U.S. State Department, with tours at the American Embassy at Santo Domingo, Dominican Republic and on the Current Intelligence Staff at Washington, D.C. Judge Barney served in the Army during the Vietnam War, rising to the rank of captain.

Judge Barney is a member of the state bars of Missouri, Florida and the District of Columbia.

On The Missouri Bar’s 2010 Appellate Court Evaluation Survey, Judge Barney received his highest ratings of 4.48 in allowing parties to present their arguments and answer, 4.49 in being courteous towards attorneys, and 4.35 of treating parties equally regardless of race, sex or economic status. Judge Barney received ratings greater than 4.0 in all categories in the questionnaire.

Members of the committee reviewed a number of opinions written by Judge Barney. All of the opinions reviewed showed good legal reasoning and understandable style. It did not appear that Judge Barney attempted to stretch the law to reach any particular preordained result.